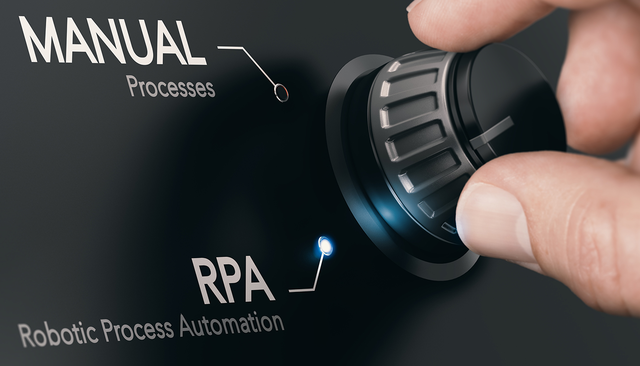 With the power to improve efficiencies and reduce time and money spent on repetitive tasks, robotic process automation (RPA) is one of the most promising innovations in enterprise technology. But many businesses say RPA, the rules-based automation of operational tasks, isn’t delivering on its promise.

Though analysts say RPA can reduce operational costs by 80% and cut time required to perform key tasks by as much as 90%1, 40% of businesses that have invested in RPA will experience buyer’s remorse.2

The disconnect between the potential benefits of robotic process automation and the results the majority of businesses achieve may be chalked up to a single thing: how they deal with massive volumes of unstructured data.

Why is a better approach to dealing with unstructured data the missing link to effective RPA implementations? Here are three key reasons missing or bad data stands in the way of RPA success.

The benefits of robotic process automation stem from the fact that organizations can farm out repetitive, time-sucking processes to bots. But the greatest rewards—massive reductions in costs and resource requirements—can only be realized with end-to-end automation; if gaps occur within processes, humans must step in, creating new bottlenecks and erasing potential savings.

Since robotic process automation is fueled by data, a lack of information at any step of the process disrupts automation and often necessitates human intervention. Unstructured data—such as from contracts, forms and other types of complex documents that cannot be readily extracted by bots—will prevent true automation.

On top of that, by automating processes based on limited amounts of accessible data, inefficient processes, and legacy systems, you will ultimately reinforce or “fossilize” those inefficiencies.

To date, some of the greatest RPA successes have been limited to simple task automation, such as opening multiple apps and populating repetitive customer profile information. These tasks typically rely on data that is already accessible and predictable in form.

While the elimination of such work provides benefits and savings, RPA’s greatest potential lies in its more advanced capabilities, including the orchestration of sophisticated processes that facilitate IT management, research and product development, and other strategic initiatives. Such complex tasks typically rely on data from multiple disparate, unstructured sources, however. Before organizations can achieve automation, their massive stores of unstructured data must be enriched and made accessible to RPA bots.

For example, if an organization wishes to fully automate a customer onboarding workflow, but the related data—such as application documents or contracts—is unavailable to RPA bots, the process breaks, and manual intervention is required. This “attended RPA” scenario takes you further and further away from the promised land of complete end-to-end automation.

As any developer will tell you, it’s easy to avoid bugs during testing phases, when the data is clean and perfectly formatted to support your requirements. When it comes to RPA, results typically come down to data and how it’s formatted. If it complies with all the specific requirements, you should have no issues. Just like real life, however, the data an organization possesses is rarely that neat and tidy.

The challenge with deploying RPA in the real world is that, when it comes to data, exceptions like unexpected layouts and form fields are frequently the norm. Each time an exception arises, it has the potential to disrupt or completely derail your automation capabilities.

The best way to reduce these exceptions is by adopting a technology that transforms unstructured data into high-quality structured data that fuels process automation.

Unstructured data is one of the greatest hurdles standing in the way of RPA’s full potential. To realize the vast value that RPA promises, organizations must feed bots clean, structured data that’s primed for process automation, insight systems, and other business initiatives.

1Accenture: Robotic Process Automation, The Future of Technology in Financial Services
2InformationAge: Will a new Robotics Process Automaton standard be an RPA trend in 2019?

Next in the Series

Now that you have a better understanding of how unstructured data hinders RPA’s potential, read how to enhance your organization’s data to reap the most from the power of automation.