PDF/A-2: The Standards, they are a-Changin’ 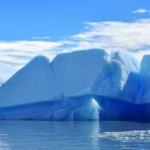 Things may change slowly in the PDF standards world… but they do change.

For example, two weeks ago, the international committee for ISO 19005 met (in Canada’s capital) and ratified PDF/A- 2.

The original PDF/A-1 standard, published in 2005, was developed to insure that digital documents that are archived for possible future use can be accessed when needed. PDF/A-1 is based on a version that existed before PDF was published as an open standard by the International Organization for Standardization (ISO) in 2008.

PDF/A-2 is based on the open standard, allowing it take advantage of new PDF features that make documents more usable while still being appropriate for long term archiving. Those new features include:

Existing PDF/A-1 files will continue to be valid under the new standard. Running them through a PDF/A conversion that is PDF/A-2 compliant won’t change anything because any features allowed under the PDF/A-2 specification would have already been removed to make them valid PDF/A-1 files.

Now that the ISO PDF standards committee has ratified the new standard, it goes to the ISO organization for final publishing. We at Adlib are currently reviewing the new PDF/A-2 standard for incorporation in a future release of our software.

Live Webinar: Achieving Advanced Rendering in Documentum D7 – what you need to know
Read More
Data is Destined to be Upgraded
Read More
Collaboration in SharePoint, it doesn’t mean you can edit my document
Read More
See All Blog Posts